An article was posted recently in a local tech entrepreneurship-focused Facebook group that a DC entrepreneur would be on Shark Tank. The comment thread was disappointing to me: 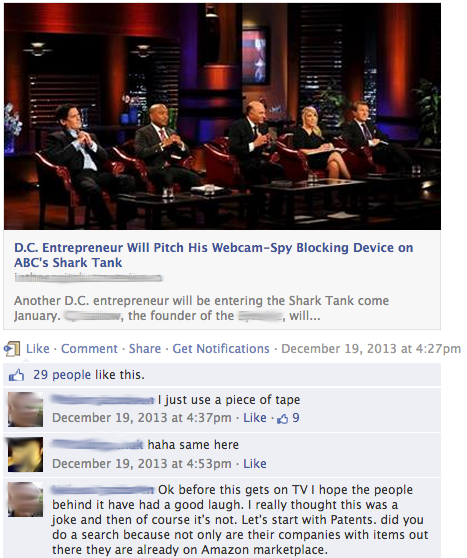 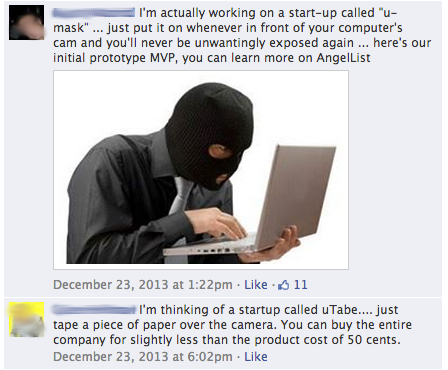 Here’s the rant I wanted to post on the thread but never got around to it:

This comment thread is really disappointing to read. Normally, it wouldn’t be a concern because entrepreneurs run into naysayers all the time when it comes to their business ideas. But to do that in this particular forum is destructive. I know for a fact that there are hundreds of members in this very fb group thinking about taking the leap into entrepreneurship. Then they see trolling like this, and then they second-guess their idea, worrying that it will be met with this sort of criticism.

It would be one thing if the naysaying in this case was justified. The fact of the matter is that this particular entrepreneur is shipping (literally shipping—and not just in the overused metaphorical sense) thousands of units of his product to customers who are recognizing a need and paying him the $6.99 or whatever it is for it. He took a lean approach to starting the company, validating a market for his product in the form of having paying customers, and now he’s about to land some huge publicity.

To the folks out there thinking about taking the leap into entrepreneurship: it doesn’t matter what 4 guys on a facebook thread think about your idea. Get it in front of customers, and let their credit card do the talking. Like this guy did.

As for the relevance of this product to the DC Tech brand, I’m just not concerned that VCs will base their full impression of the DC Tech community on some guy’s side project that was featured on a very physical product-focused TV show. As for whether or not the sharks will invest… who cares? The publicity will be huge.

As for the relevance to tech in general, his sole distribution channel right now is a landing page that he mocked up. Arguably, Amazon wasn’t much different when it first launched (though they weren’t manufacturing their own products). Will eyebloc be the next Amazon? Probably not. But you never know how businesses will evolve as they develop relationships with paying customers.

U-Mask and the U-Tabe (sic?) are obviously a joke, but the fact that the first thought is to put them on AngelList for feedback rather than in front customers is a little concerning. (Again, I know it’s a joke, but wondering if the joke is indicative of the current prevailing mindset among startup founders). Rather than put the idea up on AngelList, why not put it in front of customers to see if they’ll buy it?

We should be more encouraging of people putting themselves out there in front of customers.