This past Thursday wrapped up a fun couple months-long ride that saw my friend Kevin, my brother Alex, and myself team up to turn an idea into something that would be worn by 10,000 people. The journey started when we learned about a fan-designed t-shirt contest that the Baltimore Orioles were hosting.

We want YOU to design our final t-shirt giveaway of 2013 on 9/26! Get started designing now: http://t.co/aWRQHO1JbL

My brother and I had coincidentally thought of some Orioles t-shirt ideas before we even knew about the promotion. Kevin came to us with some ideas of his own, and from there we decided that we would all go in on a submission together. In thinking through all the ideas, we decided on one of Kevin’s ideas, which he had mocked up using MS Paint. From there, we procrastinated on actually putting pen to paper, and it was coming down to the wire:

Time is running out to submit your design for our Fan Designed T-Shirt Contest! Deadline to submit is 8/31: http://t.co/LaGcB5hEts

I started designing the t-shirt, expanding on Kevin’s rough mock-up, using an open-source illustration software called GIMP. I then began adding to the design using Adobe Procreate on the iPad. My dad helped out at this stage, as he is very talented with iPad illustrations. The last stage was to design the back. I had a rough outline that I turned over to my sister, who skillfully made the design of the back consistent with that of the front using Adobe Illustrator. At the eleventh hour of the due date, Kevin submitted our final design for us. 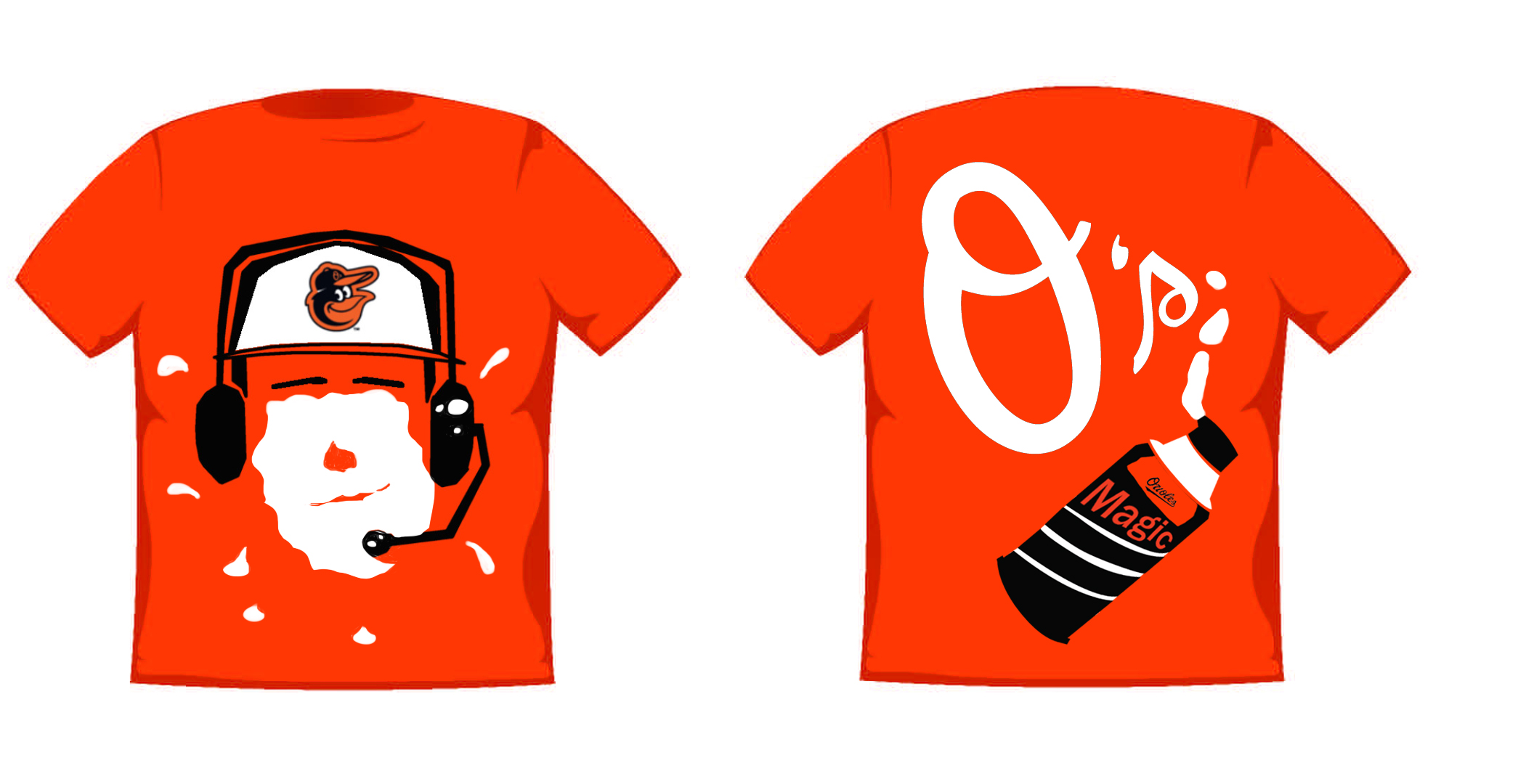 A few days later, we got the exciting news that we were one of three finalists out of a pool of over 500 submissions!

We’ve got our 3 finalists for our Fan Designed T-shirt contest! See their designs & VOTE for your favorite here: http://t.co/vpOcC6IzC0 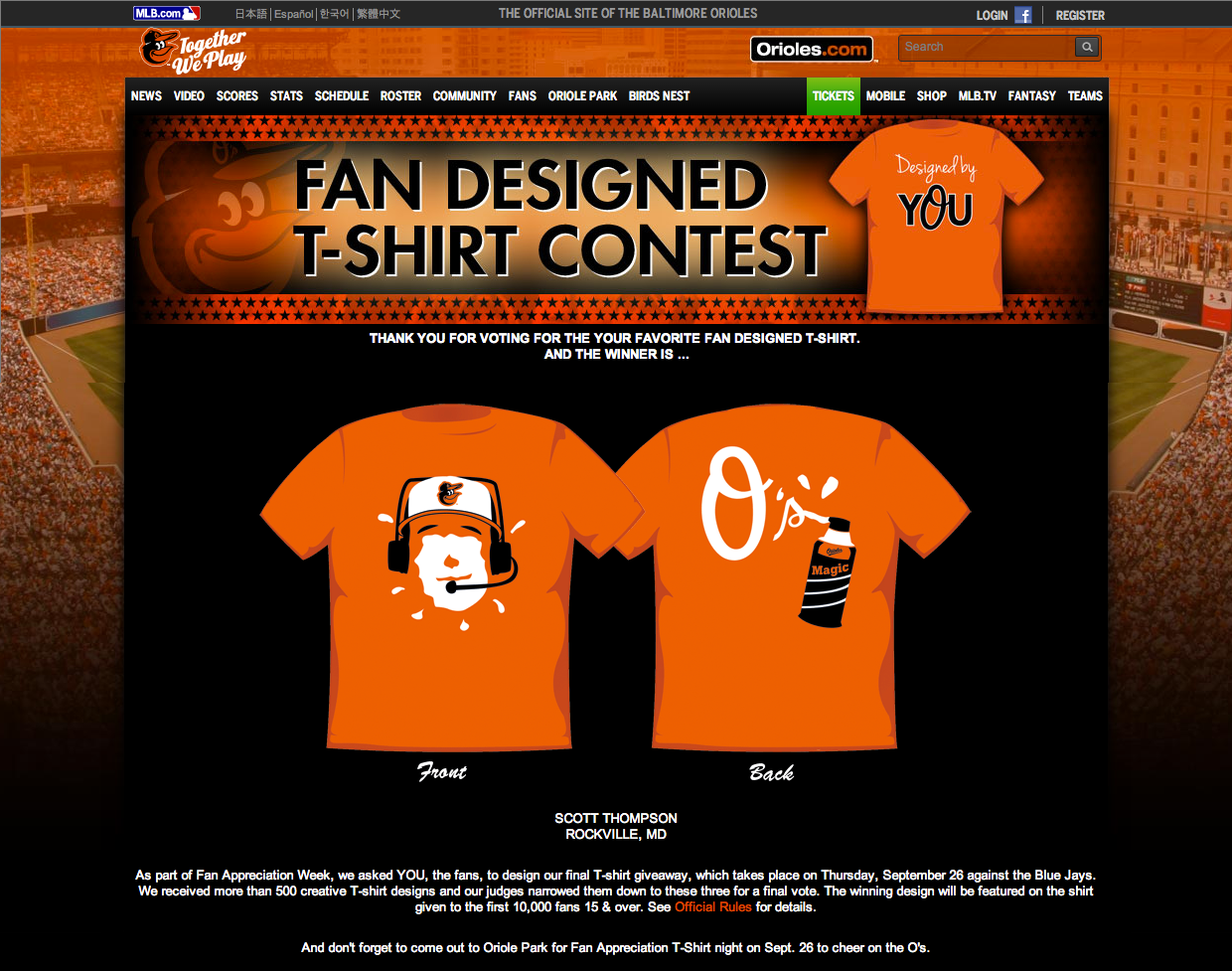 And the winner of our Fan Designed T-shirt Contest, to be featured as our September 26th giveaway, is…http://t.co/lwrM4rPKgJ

Along with many friends and family members, we attended the Orioles game on September 26. The Orioles printed our design on t-shirts and gave them away to the first 10,000 fans. It was a pretty cool feeling seeing people wearing the shirts and others asking where to get them. Not only that, but we got to go out on the field during the pre-game ceremony, during which Kevin threw out the first pitch. He did a good job (thanks to Josh for the great gif):

Here are some other shots from the night: 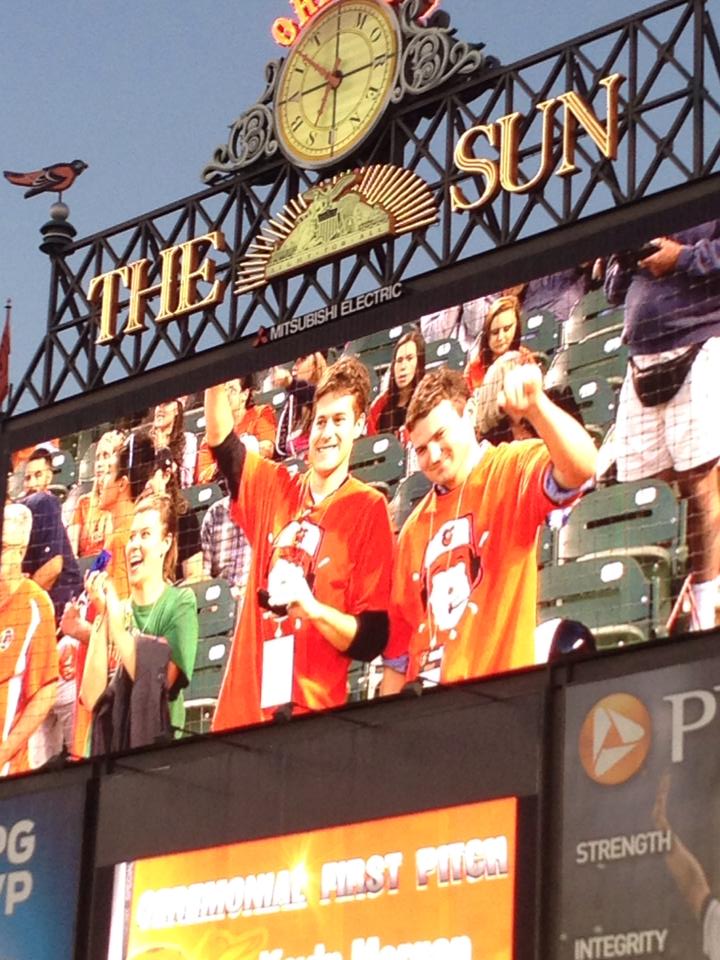 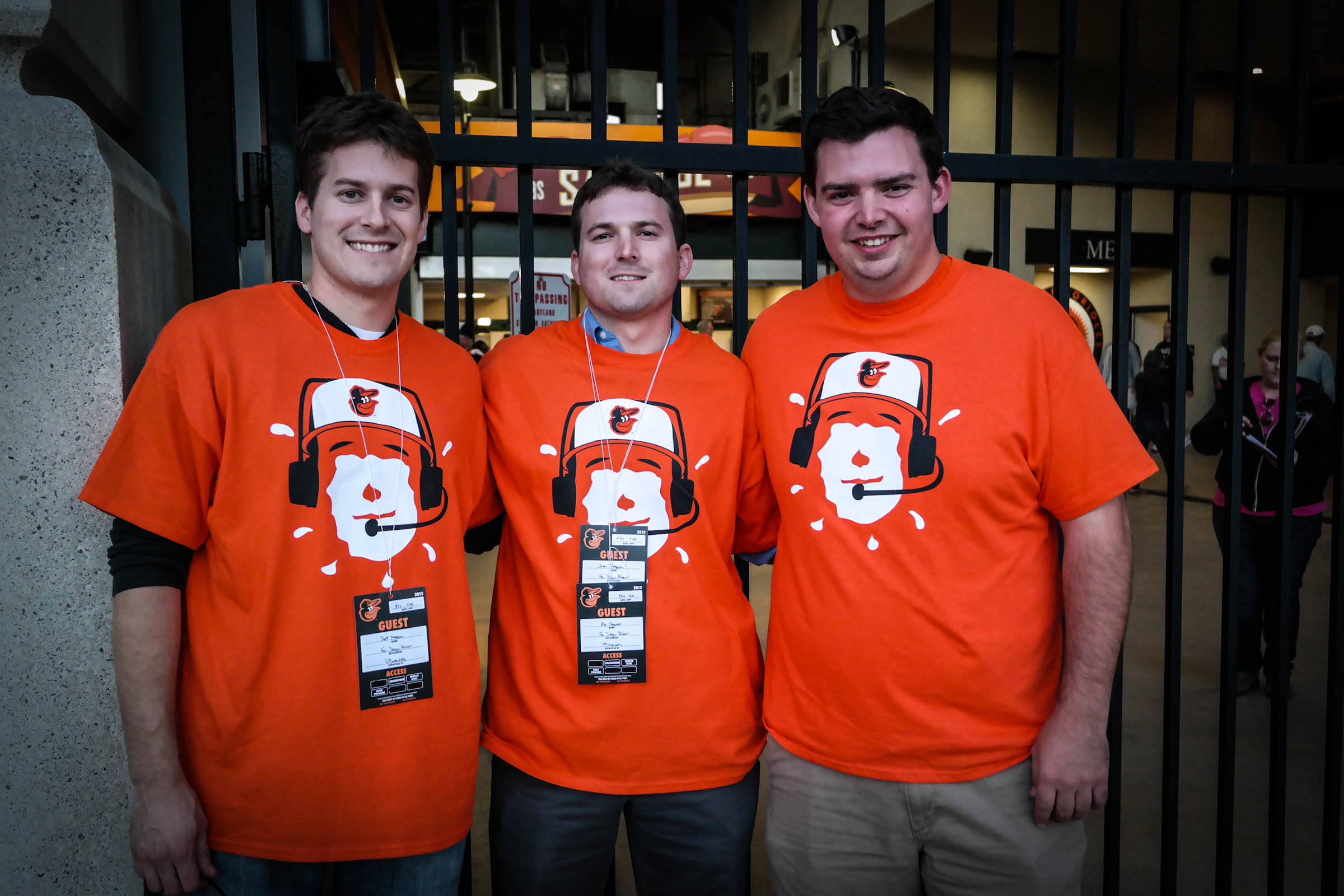